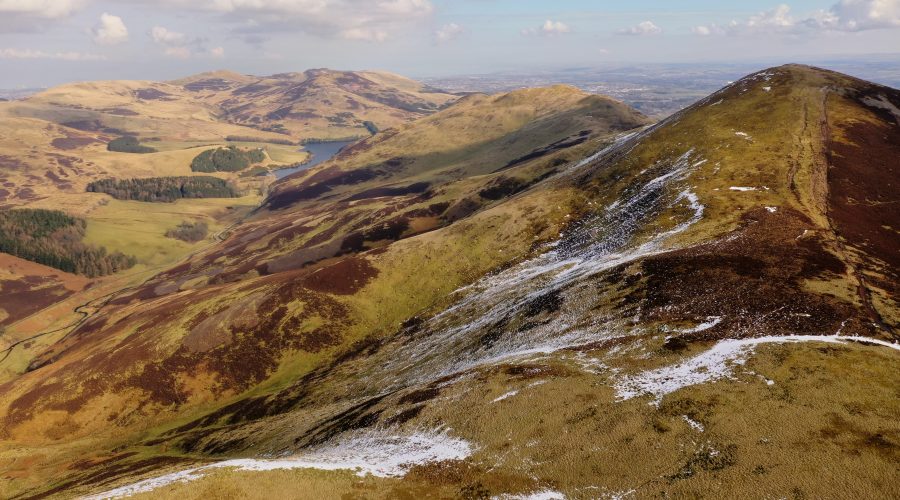 These were taken 6-3-20 using the Mavic 2 pro, the forcast indicated a sunny day and up to 7mph winds, this was perfect for the drone, but there was some larger gusts @ 20mph+ that caused the image stitching to not work so well.

This is what i captured to, no prost processing.

Scald Law from half way up Carnethy around 350ft above me

Another from around the same location, with more of the reservoirs in view

Scald Law, Loganlea and a view of Kips

A view from the back of Scald Law

Directly above Scald law, had my back turned and a runner and awesome jack russell was on be before i new it, couldnt cancel this half way thought, appologised and was told not to worry ! Its a free world !! Wish everyone was that understandable

Another view from Above Scald law

a moody view of the reservoir, just about time to pack up after this one before the rain caught me out

a view down the south side of Scald law, the wind burst a few times so this one has terrible stitching.

Scald law and Carnethy from 350ft above the tip of Saddle.